Having a blog titled “Lotus Laura,” I thought it would be suitable to try a blue lotus tincture.

Blue lotus is a water lily flower that comes from ancient Egypt and is recognized in most of their religious artwork. They would typically consume it by soaking it in alcohol and then drinking it days later. It was used in ceremonies and to communicate with the divine.

Blue lotus carries significant spiritual meaning. Rooted in the mud and blossoming above, the lotus flower represents persevering and growing into something beautiful after going through hardships.

Scientifically speaking, its name is Nymphaea caerulea and it contains a psychoactive alkaloid known as aporphine.

Blue lotus has slight sedative effects. It doesn’t give you a “high,” but promotes feelings of calmness and tranquility. It also inspires creativity. And most of all, blue lotus is best known for lucid dreaming.

I have enjoyed blue lotus tea in the past. I find it delicious (with honey) and makes me feel very peaceful.

However a tincture will have stronger effects. A tincture is an extraction of herbs in liquid form. It is taken by placing the dropper under your tongue and holding it for about thirty seconds before swallowing. It can be alcohol-based which is preferred, or vegetable glycerin-based.

I purchased a homemade blue lotus tincture from Etsy.

I took it a few hours before sleep. I definitely felt more peaceful just as I would from a tea. I also felt more creative.

That night, I fell asleep easily without any sleep aid (aside from the blue lotus.)

I woke up a few hours later in the middle of the night, and I swear, I saw a figure. Like a ghost or something.

It was a clear figure of a man wearing a long cloak that covered his entire body. And his head was tucked down so I couldn’t see his face.

The FREAKIEST part was that he was REALLY TALL… like, his head reached the ceiling! Do you think that’s why they make ceilings so high?!

It sort of looked like the grim reaper. He looked like he was mourning and I felt a lot of sadness.

But it was only for a millisecond and then he quickly disappeared. But for a moment he was there, standing in my room, about a few feet away from my bed and watching me sleep.

I’m thinking this was due to the blue lotus?

The only other time I ever saw a ghost figure that clearly was ONCE when I was 18-years old and my cat had just recently died. I saw him for a split second and he looked me in the eyes completely spooked. And I’m pretty sure that was the first time I tried lotus tea. Other than that — this never happens to me! But it happened and it was crazy!

The following nights, I didn’t see any more figures. But I did have deep sleep and extremely vivid dreams.

So, final thoughts? I would highly recommend blue lotus, especially as a sleep aid. It’s best to take about an hour before sleep. If you have trouble falling asleep or remembering your dreams, definitely try it. It can also help during the day when you are trying to relax.

If you do try, or have had any experience with it, let me know in the comments. And please let me know if you see any ghosts!!! 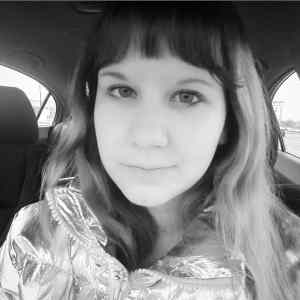