The high priest would not reveal his vision. Instead, he insisted he saw the same thing that was originally seen by the high priestess years ago. But when Autumn tried asking him specific questions about it, he refused, and insisted on moving past it as if nothing had happened. She knew that he was hiding something, most likely for her protection, or maybe it was for his own protection. It was haunting her, possibilities of things he had or had not seen. Unfortunately there was nothing she could do.

And so this brings us back to the day of Autumn’s arranged marraige. In her last final attempt to be saved, she had snuck into the priest’s office and for the last time begged him for a way out. He would never tell her what he had seen, and he regretted ever taking her on a second spirit quest in the first place. It was not an easy choice for him but he was a man of honor. Autumn’s life was out of his hands and his job as priest was to be a guide, not a boss. She was waiting for someone to tell her what to do, just to avoid any guilt or consequences of her own actions. What she really needed to do was be brave enough to make her own choices.

What happened to Autumn that day, when she ran out of the church after being denied by the priest and forced to face her unchosen fate? No one knows. They have not seen her since she ran away that day. Of course rumors spread like wildfire: she found a richer family to marry into, she found a new priest to take her on yet another spirit quest, or she jumped into the ocean and chose to live with the mermaids. Her parents knew she was safe and alive, as she wrote them letters, but could never disclose the full truth.

Several years — decades — later, a young girl named Blossom found herself in a somewhat similar situation. Her arranged marraige would come to fruition in merely a few days, something that would ensure stability for the rest of her life. And yet she never felt so lost. The young girl, instead of seeking an authority figure, decided to seek answers in nature.

Blossom took a walk through the woods and stumbled upon a rugged home she had always noticed from a distance. Assuming it was abandoned, she trudged through the overgrown greens — and was absolutely shocked to find a perfectly groomed garden resting peacefully behind the house. Letting curiosity get the best of her, she decided to knock on the door. Nothing. A few more knocks… and she spotted eyes peering through the window blinds.

Finally, the door gently creaked open and an old woman with grey hair and wrinkles greeted her kindly, “hello, young girl! What are you doing in this part of the woods? It’s unsafe, especially with the evening approaching… are you lost?”

The older woman looked into young girl’s eyes and recognized a part of herself. It was like looking straight into a mirror from the past.

“I was going for a walk to clear my mind,” Blossom explained, “and stumbled upon this beautiful garden, so enchanting. Is it yours?”

“Yes,” the older woman nodded, “I grow fruit, vegetables, and herbs that I use to make teas and cosmetics that I can sell to the townspeople.” She was bare-faced and wearing a light sundress, “I never go into town without a full face of makeup and heavy cloak.”

She let out a great laugh, “impossible! I’m always surrounded by life, I can’t get away from it. Even when I’m not in the town, I always have the plants and the animals.”

“What about your husband?”

“Let me tell you a little tale,” she grinned, “I was set to be given away like a piece of property. There was some type of ‘off’ feeling I could not shake, but I was so concerned with following my destiny and being supported by the heavens. My high priestess took me on a spirit quest, yet as years passed I kept feeling like her vision was incorrect or misread. As my fate came closer, I panicked and convinced my high priest to take me on a second journey, for confirmation. This time I knew for sure that he had seen something different, but he refused to tell me! So my only option was to go on my very own spirit quest.”

“What do you think he truly saw in his vision?” Blossom inquired, wide-eyed. “Is this it? Is this your true destiny you are living out?”

“I will never know what he saw,” the woman explained, “I used to be very fixated on it, until I realized I was putting too much of my own power into other people’s hands. No one in this world, whether priest or priestess or whatnot, knows what it best for me except for my own self. And I have realized it is so much more difficult to listen to your heart rather than the people who surround you, yet it is one-hundred percent worth it. You have to make your own choices and stand by those consequences, rather than living through victim-mentally, exploiting the privilege of blaming others for your own failures. You have to be strong enough to live for yourself.”

And there she was, as you can guess — Autumn — living out the final season of her life. Her story was written and could never be erased. But this does not mean it was the end for her. Something she had learned in her wise old years was that as soon as you believe your life is set and that there is no room left for change — that’s when destiny takes over and powerfully evolves your soul.

View all posts by Lotus Laura 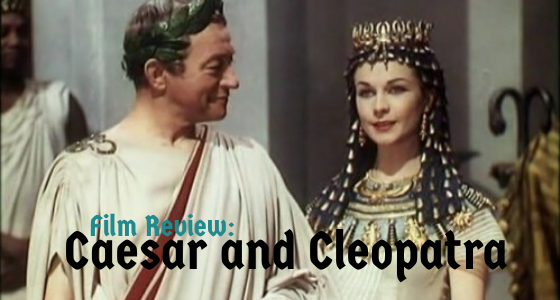