Recently I have been thinking about “maturity” and how perhaps it means something different than what we have been told. When people say “you are being immature,” they are automatically propping themselves on a pedestal. And is that seriously a mature thing to do? In fact it seems like when people call other people immature — they are really just covering for themselves!

All of the words and actions we classify as “immature” are actually things that most people do not have the guts to do. And so, those who are jealous and wish they had that confidence, attempt to undermine another person by judging them as immature. If you are confident enough in your own character, then you feel no need to judge someone in such a condescending way.

Do not let others make you feel bad about yourself for being a brave person, for being someone who can stick up for him or herself.

And speaking of that, the same thing goes for when someone tries to tell you to “calm down.” It makes them look superior to you, as if they have the strength you lack to stay calm. But if they were truly calm then they would not be belittling you like that. They are threatened of your bravery to express yourself, to stick up for yourself, and to take back your power.

It is liberating, refreshing, and sexy to see someone take back their power. Don’t fall for those “you’re being immature” and “you need to calm down” tactics. The bravery is so attractive and no one can steal that from you.

Sometimes in life you come across a person who can see straight through the insecurity of others. A person who is so mentally strong that they will not just give away their power to anyone, especially someone who insists that they are superior to them. A person so magnetic because they have found the bravery to fight off anyone who tries to convince them otherwise.

And I am blown away…

iThere are no comments 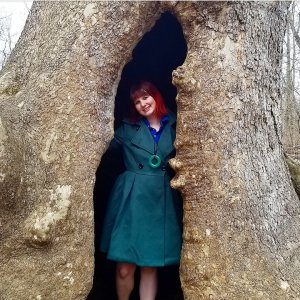